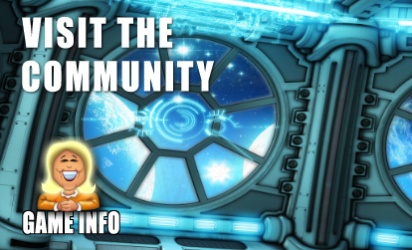 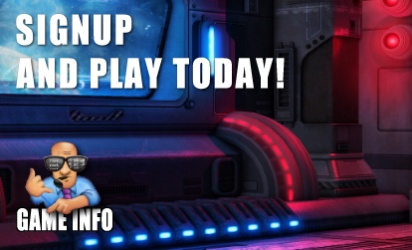 For a change I wont wax on and on about the latest add to the game. Instead I’ll let you read the Primer I ‘reserved’ two weeks ago. It’s been a long haul getting this one out, but its one that was on my list [...]

Great news viewers! Spiritus has been reclaimed from the A.I Invaders! This week we witnessed a large scale co-ordination of privateer captains in the Tauri system in Furnace. Pilot after pilot banded together in a sustained attack to reduce the numbers of A.I Invader ships [...]

Level Six I’ve worked on an off on the nuts and bolts of level six for two years. It’s an expansive add-on in the terms of game advancement for settlements and for adding items like Player Made Ships and Starbase crafting. But I would caution [...]

Today marks the Start of our Halloween Fun and Festivities. Festive Halloween Staff You will find 20 of the Festive Stores finest staff out and about from today on a promenade somewhere near you. They are collecting Pumpkins for the Kids and are offering Fuel [...]

Come Join in the fun here at Core-Exiles as we celebrate in our own way. 1000’s of Beacons have been seeded through the Universe for players to find, not to mention all the country flags you will need to collect to get a chance for [...]

ISN News Break: It seems the rumors were in fact true as the doors opened on two new Cyber Systems stores today. The new High tech gadget store is the brain child of Cori Zullo. She had a long and distinguished career with Wesbec till [...]

We are into the week leading up to a Long Bank Holiday for a lot of players with Good Friday, Easter Sunday and Monday. So today I’ve kicked off a Serial Give-away event witch will run every Five minutes till Midnight on the 14th of [...] 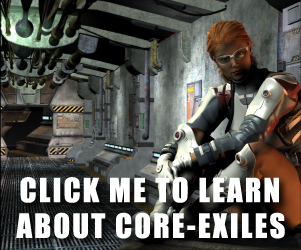 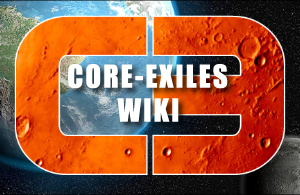 Core Exiles is Looking For Artists

Here at Core-Exiles we chew our way through art like a rabbit with carrots. So we are always on the lookout for an artist that would like to see their work in the flesh online and in a browser game.

So if you can produce images like those above using any modern 3D modelling app like Poser or Daz3d drop us a line.